My Boomerang WILL Come Back!

We fished the back shore of Boomerang Lake yesterday.  A left turn up a spur trail right before the usual left turn at "Intersection B" takes you right around the back.  It's an interesting view around there: groups have felled many small trees to improve access for quads and other four wheeled vehicles.  (We encountered a truck as we left that had parked to camp for the night.  I would have thought that terrain like that was impossible to travel for a truck).  Anyway, here's the route: 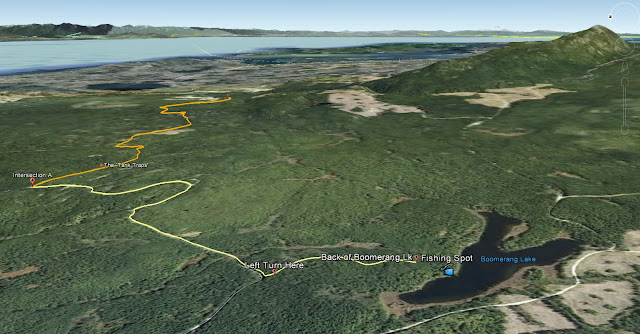 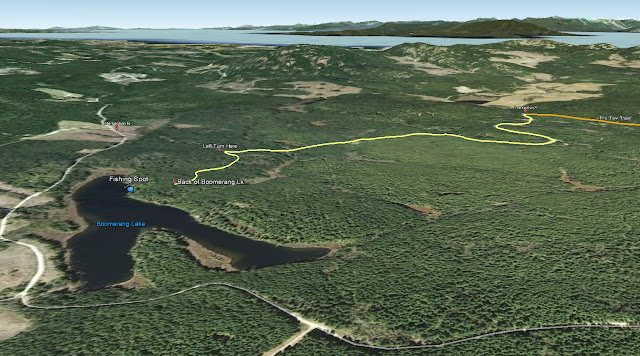 We found a few good fishing spots.  It was generally pretty slow although we both got bites on and off.  Paul pulled in a small trout that he intended to throw back, but it joined the choir invisible before he managed to get it wet.  His second catch was spectacular:  a beautiful full-bodied cutthroat trout of about 2.5 to 3 lbs.  Caught on the amazing "North Bend Super Duper" lure.  I've had great luck with those.  That was it today... just two trout.