Second Visit to Kidney Lake, WITH A ROD THIS TIME!

Another good ride today!  I met Paul at our usual Starbucks starting place and we set off through Doumont Road to Weigles Road and onto the trails.  We were off to Kidney Lake today... with rods. 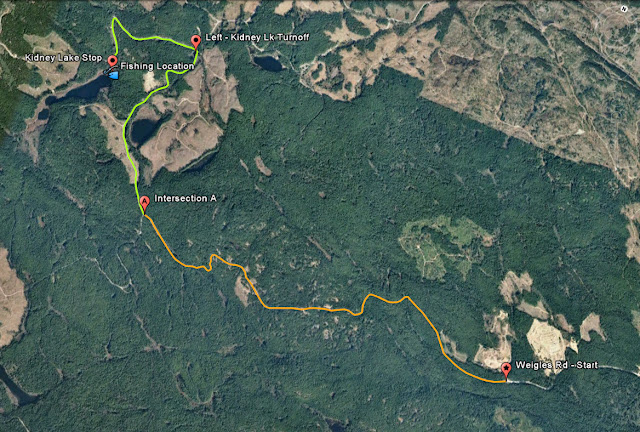 The "Tank Traps" were wetter than I have seen them before and most of them were filled quite deeply with water.  It's fine when you're in gear, but I discovered today that it creates a problem if you accidentally put the bike into neutral half way through one and lose your momentum.  I made it without a fall... Whew!

A right turn at "Intersection A" took us past Round Lake and a left turn shortly after that took us up to Kidney Lake.  I'm not a big fan of the trail that leads up to Kidney; large chunks of sharp rock make for a slower ride, but the destination is really worth it.  We parked the bikes and headed for Paul's favourite spot.  (He's actually beginning to believe that he owns this spot.  It's a bit worrying to say the least). 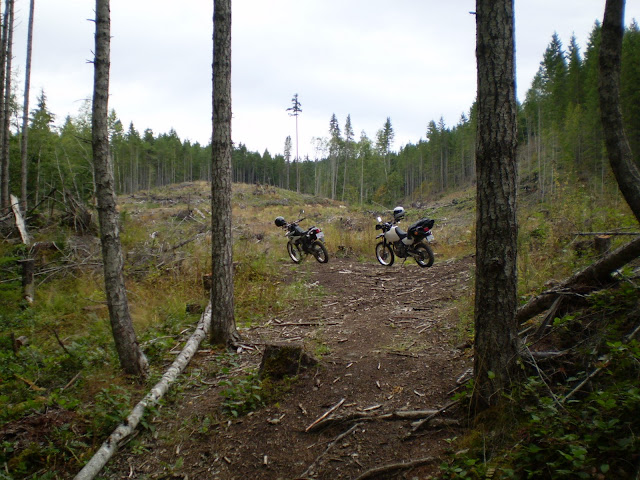 Not a lot of fish action for the first while.  Paul was getting many more hits than I was. 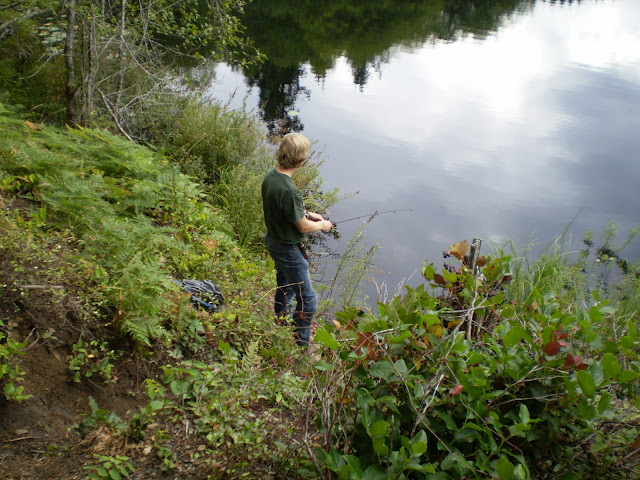 There were plenty of trout swirling on the surface of the lake and some jumping, but generally things were going quite slowly and we both went through the process of trying every lure in our possession.  When "the bite is off," it's really off and nothing can persuade those little critters to grab your chunk of wiggling metal. 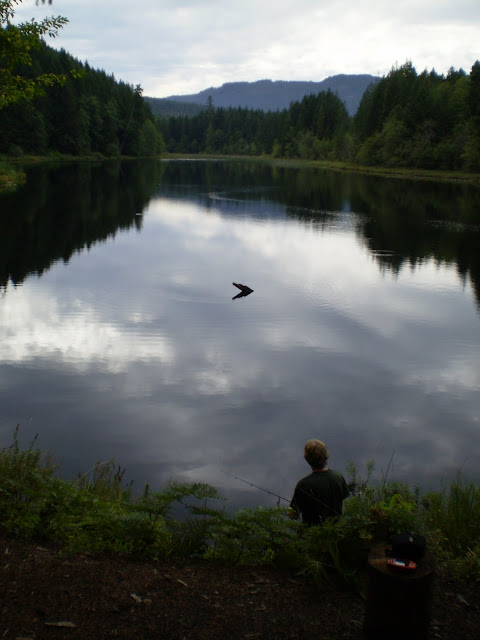 Paul caught the first fish.  The bite was ON!!!!  It lasted for about 37 seconds and then we both slipped back into our lure changing routine.  Twenty minutes later another suicidal fish saw Paul's poor lure action as a good way to end it all and soon found it's end on the "Killing Stump." 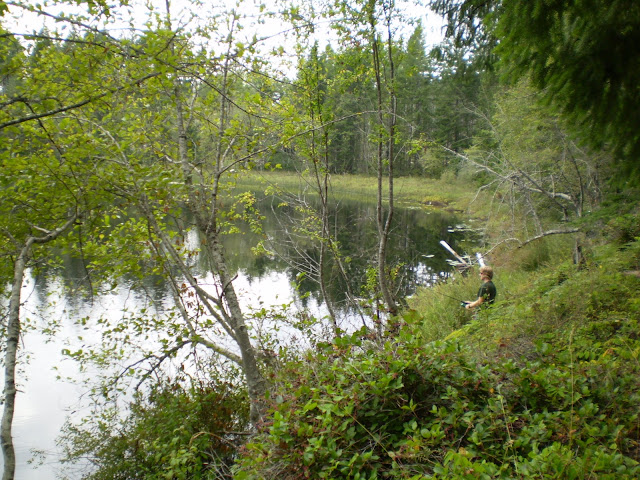 That was it today I'm afraid.  NO FISH FOR YOU!  I looked at my watch and remembered my dinner date.  I got a quick set of directions to get me back onto the main trail and zoomed off towards the growing smell of Chinese food.

Rumour has it that Paul caught another fish after I had left.  It will remain a rumour until I see the unaltered photograph.  I want that sucker date stamped too.

Now for the "ruin your eyesight" 3D anaglyph photos: 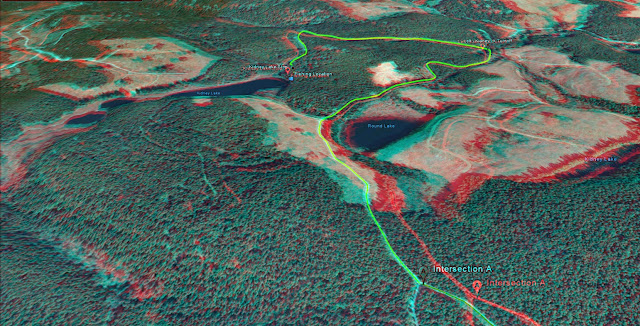 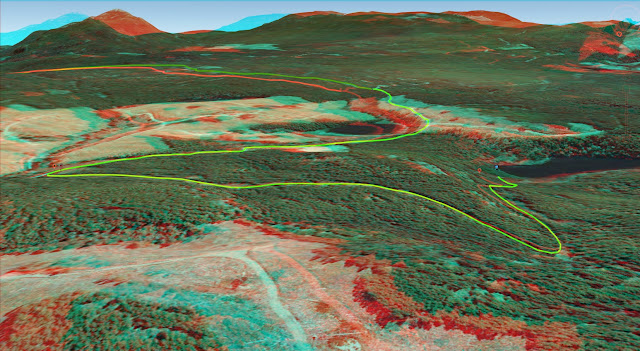