Another Try Towards Mt. DeCosmos

I decided to have another try at getting to Nanaimo Lakes Road using the "roads" (pfffhgh) leading towards Mt. Decosmos, (from the north).  I tried attacking Nanaimo Lakes Road from trails to the east of today's route a few weeks ago, and I noticed there was another possible way in just up the power lines route that needed to be tried.  Here's the route: 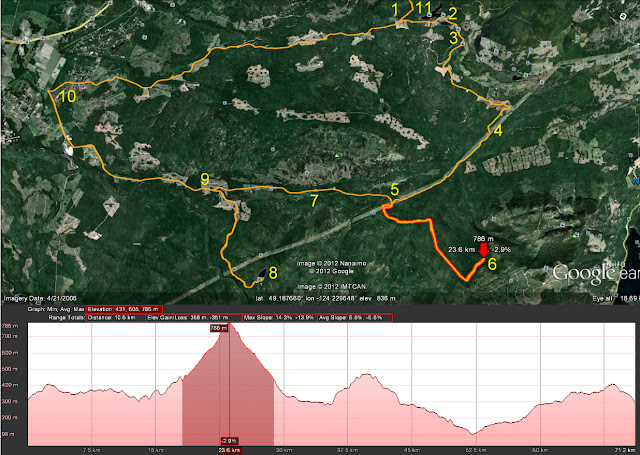 1.  Entered via Doumont Trail
2.  Turned right south of Boomerang Lake
3.  Right at next intersection towards the power lines route
4.  Onto the power lines route heading west
5.  Trail leading towards Decosmos Mountain
6.  The climb...  Very old and overgrown trail...  Turned back at ~790m
7.  Okay Mt Valley towards Rhododendron Lake
8.  Rhododendron Lake to take pics of rhodos!
9.  Rain!  alt route back towards 142 main
10.  142 main back to Doumont and civilization 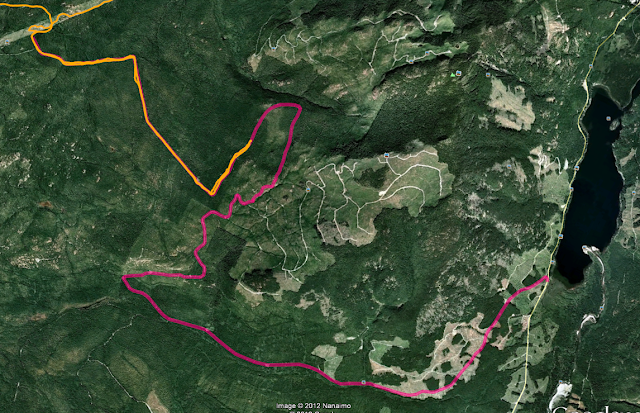 It was a tall order and I really didn't expect to make it all the way, but I wanted to see what it looked like out there.  The trail wasn't that bad for the most part: There was the odd rocky patch, but it was generally pretty easy to pick through it.  It became difficult towards the end, not because of the climb, but the incredible overgrowth of alders on this pretty old disused logging road.  I got pretty fed up of stopping to pull branches out of my way and as it began to thicken with small trees I eventually gave up the ghost.  I'm still wondering how far you can get on this road though; there were occasional quad tracks leading through all that mess.  I'll head back this summer and give it another go.

So, what now?  I promised my mother-in-law that I would take some photos of the blooms on Rhodo Lake.  Off I went!  I came back down the hill and headed up the Okay Mountain valley towards Rhodo Lake.

It was beautiful at the lake today.  Not a soul around for miles.  I reached the lake, hiked in and took my photos: 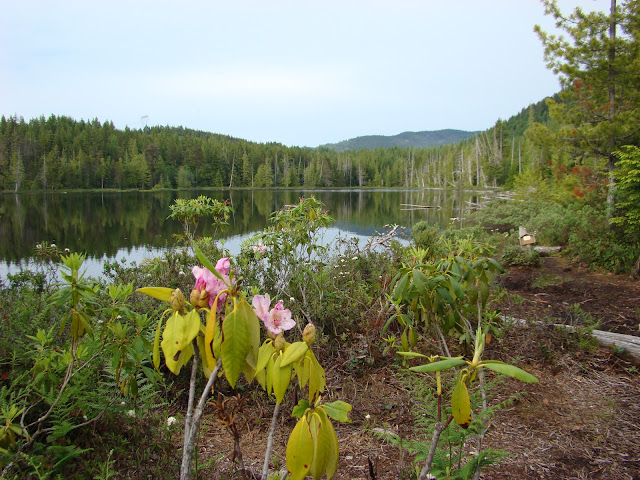 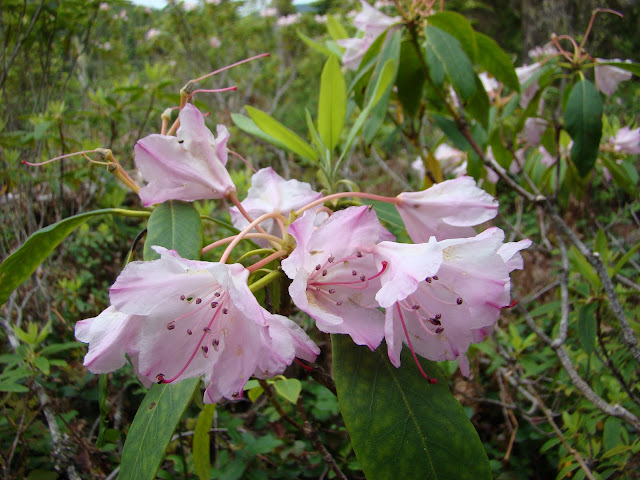 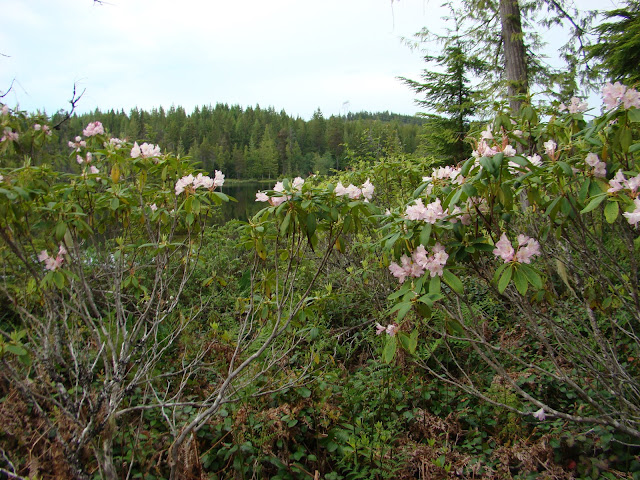 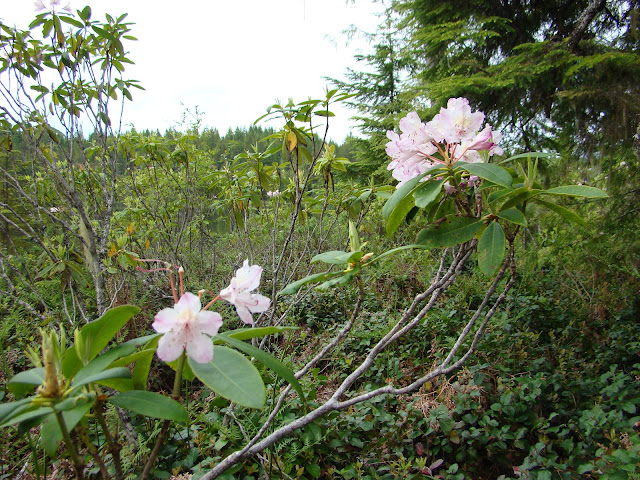 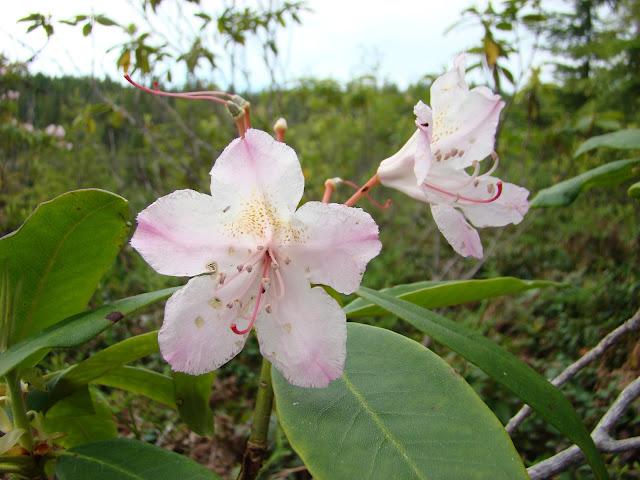 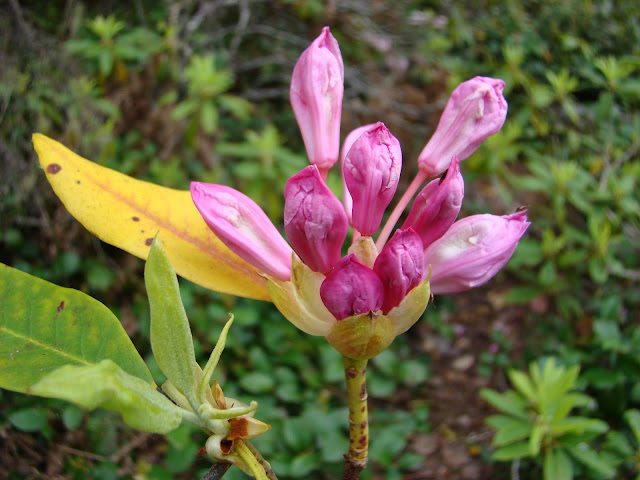 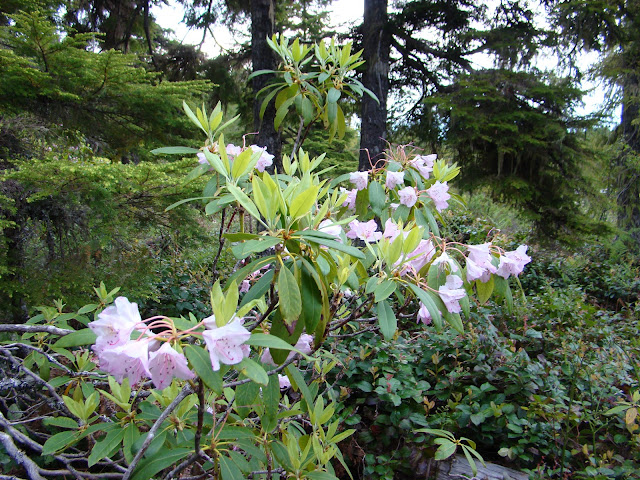 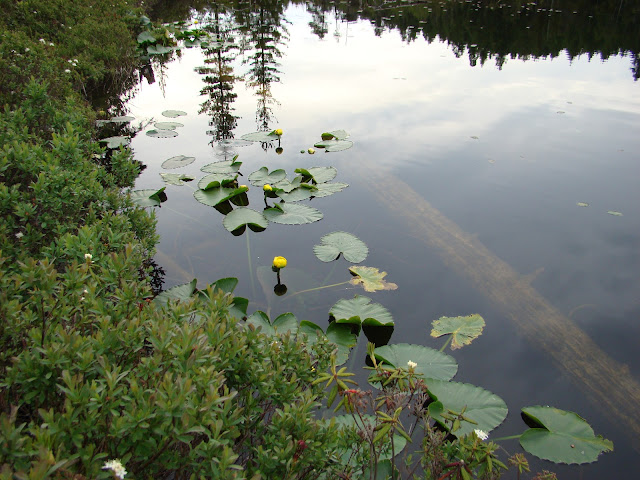 That was it...  I took the alternate route back to Doumont along Englishman River Main to Branch 142.  72Km of logging roads altogether.